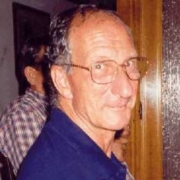 Since April 1993 he has been the Sole Director of Geomap Srl, with administrative responsibility and coordination of the services provided by the company in the fields of applied geology, geographic information systems, remote sensing, thematic cartography and data processing.

Geologist, graduated in 1957 from the University of Florence, he has been a member of Geomap staff since 1958, initially as a geologist photointerpreter at Geomap SA under the direction of Prof. Enrico Marchesini, then as a professional associate of Studio Geologico Geomap since 1968, as a partner of Geomap Srl since 1989 and of Geomap Srl – Società di Ingegneria since 2014.

These projects have involved the interpretation of remote sensing data, geological and thematic mapping and GIS data processing, over a total of about 15 million km2, including field work in 16 countries.

Lecturer in remote sensing and its applications since 1970, at training courses organised by Italian and foreign bodies (FAO, CNR, Istituto Agronomico per l’Oltremare, CO.RI.SA., Regions and Provinces) and by private companies. Contract Professor for the Course in Geological Sciences at the University of Florence, 1984-87, 1990-91 and 1992-93.

Geologist, graduated in 1996 from the University of Florence, he deals with GIS, remote sensing and photo-interpretation applied to Earth Sciences and environmental issues in general, as well as applied geology and geomorphology.

He has always collaborated with Geomap Srl, of which he has been a partner since 2008 and Technical Director since 2014, for projects in applied geology, thematic mapping in GIS environment, creation of geographical databases, environmental impact studies. From 1998 to 2003 he also collaborated as GIS and remote sensing consultant with several research and public bodies such as the Institute of Biometeorology, FAO, the Centre for the Study of the Application of Informatics in Agriculture, the Applied Meteorology Foundation for several projects of management and evaluation of natural resources in Italy and in developing countries, where he carried out some technical assistance missions. From 2002 to 2010 he was a contract geologist for the University of Florence and for the Region of Umbria for the realization of the Regional Geological Maps of Tuscany and Umbria at the scale 1: 10,000 and the CARG at the scale 1: 50,000 (sheet 276 pro parte).

Since 2000 he has been active in the field of professional training, as a teacher and organiser of courses on GIS, remote sensing and other geomatics-related subjects for various companies and institutions: Italian Society of Environmental Geology, Istituto Agronomico per l’Oltremare of Florence, University of Florence and Rome La Sapienza, GISLand.it Association of Florence, Ordine dei Geologi della Toscana.

He is a member of the Italian Geological Society (SGI) and is a professional member of the Order of Geologists of Tuscany since 24/03/1997 with the number 955. 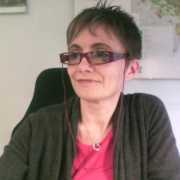 Surveyor graduated in 1982. She deals with creation and management of geodatabases, geographic data processing in GIS environment, thematic cartography.

She started her activity collaborating with Geomap, and became a partner of Geomap Srl in 2008 and of Geomap Srl – Società di Ingegneria in 2014.

Over the years, she has participated in the company’s projects by assisting photointerpreters in the creation of thematic cartography, data processing, environmental impact studies, applied geology, geomorphological studies, acting as GIS expert, head of the IT sector.

She is in charge of data analysis for the organisation and creation of geographic databases in a GIS environment, thematic cartography, staff training in the use of GIS applications and database management, remote sensing. She has also developed applications for processing alphanumeric data in a database environment.

The many experiences she has participated in over the years within the company have enabled her to acquire knowledge in many areas of thematic cartography, geology, photo interpretation and all the activities in which Geomap has operated.

For the realisation of the projects she had the opportunity to use various applications such as ArcGis, Arcinfo, AutocadMap, Mapinfo and also open source programs such as qGIS, GRASS GIS, GvSig. 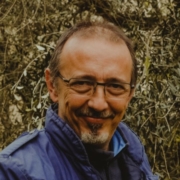 Geologist, graduated in 1990 from the University of Florence, he deals with geodatabase management, geographical data processing in GIS environment, remote sensing, applied geology.

Since 1991 he has been a consultant for various bodies and companies in the field of geographic information systems, remote sensing and photo-interpretation for cartography projects, creation of geographic databases linked to Earth Sciences and land planning.

He has been working with Geomap since 1991, and became a partner of Geomap Srl first (2008) and then of Geomap Srl – Società di Ingegneria (2014), dealing with applied geology projects, thematic cartography in GIS environment, realization of geographical databases, environmental impact studies, coordination and quality control on basic cartography projects from satellite images.

He is a member of the Order of Geologists of Tuscany since 16/07/1992 with the number 605. He has worked in the field of geology and geotechnics applied to private and public buildings, environmental reclamation, collaborating for example on the urban recovery of the former Fiat Auto Spa area in Novoli (FI) and in the field of hydrogeology, including groundwater research.

As a designer, he has created various Geographical Information Systems, in particular for ANAS S.p.a. and Italferr S.p.A., for which he designed and implemented the database for the management of the High Speed railway line underpass in Florence.

He realized as director of works the “computerized thematic cartography related to the first phase of estimation of the vulnerability of the railway line due to instability of the slopes on the Paestum Paola line” for RFI S.p.A. 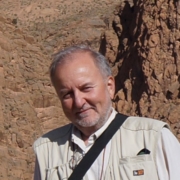 Geologist, graduated in 1982 from the University of Florence, he deals with geology and applied geomorphology, remote sensing and thematic cartography.

He has always collaborated with Geomap, becoming a partner of Geomap Srl in 2008, and of Geomap Srl – Società di Ingegneria in 2014, working in the fields of remote sensing and photo-interpretation applied to projects of geomorphology, structural geology, applied geology, thematic cartography and studies of environmental impact and ecological analysis in protected areas.

He has carried out geostructural and photogeological surveys with detailed cartography, also collaborating with the University of Florence, for oil, mining and geothermal research in many Italian regions as well as abroad: Bolivia, Iberian Peninsula, Morocco, Pakistan, Svalbard Islands, former Yugoslavia, Greece and Turkey. He has also carried out geomorphological and hydrogeological studies for various Basin Plans in Italy.

He has carried out detailed surveys for motorway and railway projects (high-speed trains on the Cassino-Rome and Bologna-Florence routes), as well as studies applied to the protection and restoration of archaeological sites (Malta, Italy).

He has been involved in the remote sensing updating of geographic databases of land cover of various Italian regions (Apulia, Lombardy, Sicily, Calabria, Basilicata) as part of the CORINE Land Cover Project.

He is a member of the Italian Geological Society (SGI) and is a professional member of the Order of Geologists of Tuscany since 20/09/1983 with the number 327. 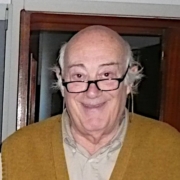 Geologist, graduated in 1964 from the University of Florence, he deals with applied geology and geomorphology, remote sensing and thematic cartography.

From July 1965 to 2018 he worked for Geomap (SA, Studio Geologico, Srl and Srl – Società di Ingegneria), both in Italy and in various European and non-European countries, as a professional geologist and photo-interpreter in many fields of applied Earth Sciences, such as: oil, mining and geothermal exploration, including the redaction of environmental reports; regional and local hydrogeological studies for groundwater; analysis of the geomorphological evolution of large stretches of some important Italian river courses; thematic cartography for regional, local and basin planning; motorway projects, railway tracks and tunnels, dams and hydraulic tunnels; studies of landslides and collapses, analysis of slope stability; analysis of environmental changes in industrial areas subject to reclamation; studies applied to the identification, protection and restoration of archaeological sites.

He was also assistant lecturer for the exercises of Lithology and Geology at the Faculty of Engineering of the University of Florence from 1972 to 1980 and contract professor for the integrative course of Applied Geology in the years 1983/84 and 1985/86.

As of 2018 he is no longer active but remains a member and consultant of Geomap. 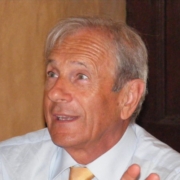 Geologist, graduated in 1960 from the University of Florence, he deals with applied geology, remote sensing, and thematic cartography.

He began his professional career as a consultant for the Consorzio di Bonifica Montana della Val di Sieve (Florence). In 1963 he joined the staff of Geomap SA directed by Prof. Enrico Marchesini and became involved in projects for hydrocarbon and geothermal exploration, developed with studies of geology, geomorphology and fracture analysis, carried out on the ground and through the interpretation of aerial photographs. Subsequently, first with Geomap Studio Geologico (1968) and then with Geomap Srl (1989) and Geomap Srl – Società di Ingegneria (2014), in addition to the photo-interpretation of traditional aerial images, he also specialised in the use of images obtained by terrestrial photogrammetry, satellite and radar, broadening his field of activity to include other issues such as: thematic mapping for land planning, environmental impact assessment and geology applied to large engineering works (dams, roads, railways).

Member of the Geological and Petrographic Mission of the National Research Council (1969) and of Urban and Building Commissions, Founding Partner of Geomap Srl, has been Sole Director from 1989 to 1993. Lecturer of geomorphological photointerpretation in courses and seminars organised by Formez and various other bodies. As of 2018 he is no longer in business but has remained a partner and consultant of Geomap.

He is a founding member of the association “Geologos sin fronteras Italia” and has been a professional registered with the Order of Geologists of Tuscany from 11/05/1968 to 11/02/2018 with n° 35. 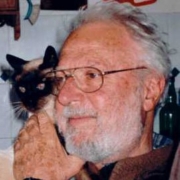 Geologist, graduated in 1957 from the University of Florence, he works in applied geology and geomorphology, remote sensing and thematic cartography.

He began his professional career as a surveyor geologist for the Monte Amiata Company, for mercury research, between April and November 1958. From 1959 to 1968 he was a geologist and then senior geologist photo-interpreter for Geomap SA, under the direction of Prof. Enrico Marchesini. During this period he worked on various projects including photogeology, fracture analysis, supervision of cartographic work, geological and structural surveys, for oil, mining, geothermal and hydrogeological research. His photo-interpretation experience, as project leader or senior photo-interpreter, was developed on more than 600.000 km², on areas of Italy, Morocco, Libya, Spain, Egypt, Mozambique, Ecuador. The field experience was based on work carried out in Morocco, Spain and Ecuador as well as in Italy.

At the same time, from 1961 to 1968 he was a surveyor geologist for the Ministry of Industry and Commerce for the realization of the New Geological Map of Italy.

From 1989 to 2013 he was a collaborating partner of Geomap Srl, Florence, where he operated through participation and/or direction of various projects of the Company, as well as promotion activities and preparation of work programmes. Since 2013 he is no longer active but remains a partner and consultant of Geomap Srl – Società di Ingegneria.