Geomap was started by Prof. Enrico Marchesini in 1958. Marchesini, born in Bologna in 1911, began studying the applications of aerial photography to geology during his military service in the Italian Air Force while still at university.. 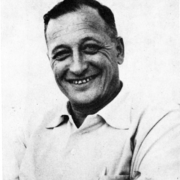 In December of that year, after leaving ESSO, Marchesini founded GEOMAP SA, with registered office in Geneva (CH) with the aim of developing and applying those original ideas and techniques for the use of aerial images for geological research that he had developed during the previous years.

Geomap’s operational headquarters were set up in Florence. During the first ten years, the company changed addresses several times, moving from Via San Gallo to Piazza San Marco, Via della Fortezza and Via La Marmora, where it remained until the Professor’s premature death on 11 September 1968.

During this initial period, the professional staff that has been the core of Geomap to date, was formed. It was joined in 1959 by Pietro Dainelli (better known as “Piero”) and Carlo Conedera, in 1960 Sergio Bemporad known as “Calvero” (who worked until his untimely death in 1994), in 1964 by Paolo Facibeni and in 1965 Alessandro Ercoli better known as “Sandro”. 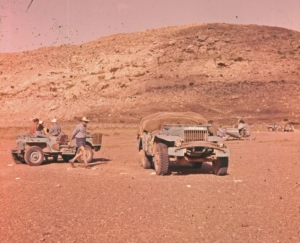 In addition, various professionals and technicians were an integral part of the Geomap staff at the time, including Lido Macii (a mining expert who later emigrated to the United States), Ludano Lucarelli known as “Luca” (a geologist who also emigrated to the USA), Alberto Pistolesi known as “Bocia” (a geologist who later founded the CRG – Centro Ricerche Geologiche – Geological Research Centre), Giorgio Franchini (technician, nephew of Marchesini), George Voutopoulos (exceptional engineering all-rounder), Carlo Maffi (geologist, who later moved to Australia), Mauro Ricci called “el Maurus” (geologist, who then went to work first in Brazil and then in Nigeria and recently passed away), Giles Mac Ewen (geologist, American associate) and Klaus Horman (palaeontologist). The administration at the time was managed by Edith Wittwer from Switzerland, who also performed secretarial duties.

At that time, but also until the early 1980s, as modern computer systems for editing and acquiring data, automatic drawing, printing, enlarging and reproducing images and maps in colour were not yet available, all the various services were carried out manually by a large number of collaborators. Among them was Cesare Ciani, known as the “Maestro”, who managed the photographic laboratory; a large number of expert cartographers (all trained at the IGM school) such as Paolo Bacherini, Valentino Banti, Fernando Fantini, Alessandro Labardi, Guido Maiani, Mario Tinalli, Lido Vaselli, Gino Versari, Francesco Vignozzi, Giorgio Zanobetti; Finally, we remember Maurizio Alinari who directed the heliography laboratory, used at the time for the reproduction of documents and maps; and finally the dozens of students who were periodically trained to colour geological and thematic maps using Stabilo pencils and/or oil colours for printing.

In the first years of activity, between 1959 and 1969, the projects carried out by Geomap were mainly geological studies by means of photo-interpretation and field surveys in support of hydrocarbon, mining and geothermal research, on behalf of numerous Italian and foreign companies.
During this period, Geomap carried out more than 40 projects in more than twenty different countries on five continents, covering a total of two million square kilometres of studied area.

Following the death of Enrico Marchesini, among the many collaborators of the professional staff of this early period, those who decided to take on the task of continuing the activity were Pietro Dainelli, Carlo Conedera, Sergio Bemporad, Paolo Facibeni and Alessandro Ercoli. 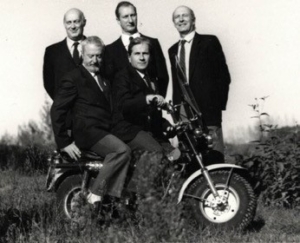 At the beginning of 1969, the above five founding members established the Professional Association GEOMAP Studio Geologico, with headquarters in Via La Marmora in Florence, with the aim of continuing the activity of the dissolved GEOMAP SA in the field of interpreting aerial photographs, extending its applications beyond geological studies to support hydrocarbon research. In fact, at that time, there was a very favourable period for the expansion of activities in the Italian market, following the creation of the Regional Administrations, which, with their need for environmental knowledge, had given an enormous boost to the production of aerial photographs and the creation of basic and thematic cartography.

Between 1969 and 1989, Geomap’s activities diversified considerably, adding to photogeological studies for research in the field of energy resources, also geological and geomorphological studies to support the construction of infrastructures (roads, railways, dams, various types of buildings), groundwater research, basic and thematic cartography (geomorphology, land use and land cover, forestry, etc.). Starting in the early 1970s, it also exploited the potential of the first Earth observation satellites that had just been launched into orbit (ERS 1, later Landsat).

From 1969 to 2016, GEOMAP Studio Geologico has carried out more than 500 projects in over sixty different countries.

All the technical collaborators of GEOMAP SA were adopted en bloc by the Studio and continued their activities for many more years, at least until, at the beginning of the 1980s, computer-aided drafting systems began to take hold and made manual drafting obsolete. For reasons of age, Among the draftsmen of the original group, some newcomers were added, such as Alberto Braccesi (who later graduated as an architect), Paolo Bartolini known as “Paolino”, and others.

It was at that time, precisely in July 1969, that the collaboration with Maria Giovanna Masotti was born, who took over the administrative and secretarial tasks, maintaining them until December 2019, when a relationship of collaboration and friendship of more than 50 years ended!

In October 1978 the activity was transferred to the new headquarters in Via dei Della Robbia in Florence, where it remained until the beginning of 2000, when it moved to its current location in Lungarno Cristoforo Colombo.

The Studio Geologico GEOMAP, as a Professional Association, was  closed at the end of 2016, both for reasons of age and above all because the company Geomap Srl, founded in 1989 (which will be discussed shortly), had been transformed into an engineering company, a legal status that allowed it to broaden its field of application and also to carry out the professional activity of the Association. 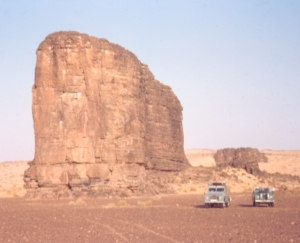 In order to access a wider market, in 1989 the five partners of GEOMAP Studio Geologico set up the limited liability company GEOMAP Srl, which has, since its foundation, lived in the same premises as the Professional Association.

In September 2008, the expansion of the company structure was formalised, which brought the workforce of Geomap Srl to its current size: the founding partners  Pietro Dainelli, who still holds the position of Sole Director, Carlo Conedera, Paolo Facibeni and Alessandro Ercoli, currently no longer active for reasons of age, but still consultants to the company, and the new partners Paolo Nafissi, Simonetta Landi, Stefano Giannardi and Niccolò Dainelli, who became Technical Director after the establishment of the engineering company. 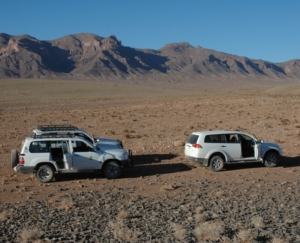 In addition, it is worth noting that Geomap has always enjoyed a fruitful working relationship with the teaching and research staff of various Italian and foreign universities and research centres.

These include the Institute of Geosciences and Earth Resources of the National Research Council of Italy (CNR-IGG) in Turin, Pisa and Florence; the Universities of Florence, Pisa, Siena, Padua, Casablanca and Marrakech.

From 1978 to 1999, while Geomap Srl was based in Via della Robbia, a number of collaborators worked as secretaries, including Elisabetta Manzani, Bianca Maria Ciulli, Francesca Del Taglia and Daniela Caldini.

In January 2014, Geomap Srl was transformed into GEOMAP Srl – Società di Ingegneria (Engineering Company), which is currently in operation, with the same corporate structure as in 2008 and the same headquarters as the original company.

The change of legal form was decided in order to add to Geomap’s corporate purpose the activities typical of engineering companies (feasibility studies, research, consultancy, design and/or work supervision, technical-economic adequacy assessments and environmental impact studies), so as to further expand its market.

With the creation first of the limited liability company and then of the engineering company, the type of projects carried out by Geomap diversified considerably: there was a greater focus on basic and thematic mapping projects (not only land use, but also road networks, basic geological mapping, assessment of susceptibility to landslide phenomena, etc.), especially for public authorities. Projects in support of hydrocarbon exploration, geothermal energy and mineral resources diversified, with numerous environmental impact studies being carried out for onshore and offshore exploration permits, while also continuing to carry out traditional photo-interpretation studies using aerial and satellite images; Geomap’s focus has also been on geological studies in support of infrastructure design (particularly roads, railways, dams, hydraulic tunnels) and public and private construction, with a new impetus recently, especially after the establishment of the engineering company allowed access to contracts for architectural, engineering and other technical services.

Since 1989, Geomap Srl and Geomap Srl – Società di Ingegneria have carried out more than 200 projects in twenty different countries. A selection of them is presented on the projects page.